Santa María de Melide church, listed as National Monument, is the jewel of the Romanesque in Melide. The church has only an aisle, ending in a semicircular apse placed on its head, which is composed by a straight stretch, with a barrel nave and a chapel with shell vaulting. At the back of the apse, we can find a bell-bottomed window, ending in a semicircular arch, with plain columns and capitals depicting plants. The one on the left has very slim motifs, and the one on the right is decorated with pinneaples, a late motif in Galician Romanesque, which can be seen in other churches, such as San Miguel de Esporiz (Monterroso), San Martiño de Ferreira (Palas de Rei) and Santa María de Arco (Antas de Ulla), all of them located in the province of Lugo. 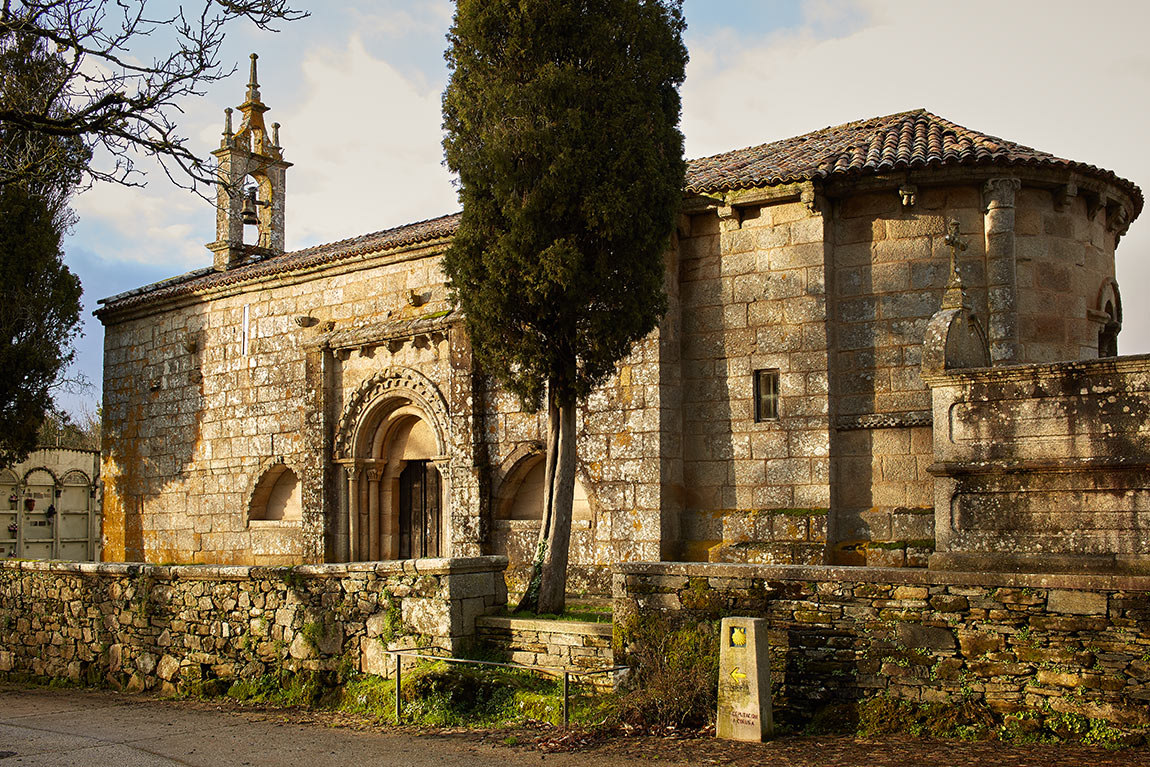 The straight stretch as well as the chapel of the apse are decorated with paintings dated from the first three decades of the 14th century. It is represented on the shell a Trinity, surrounded by the Tetramorfos symbols, on a blank background with eigth-pointed stars. On the cannon nave, and corresponding to the straight stretch, there appear three cherubs, with their wings open, carrying trumps and, going out from their interior, philacteries with texts referring to the last day. On both sides of the window of the apse there exists a representation of the apostles, medium-bodies and under scaled and framed archs. 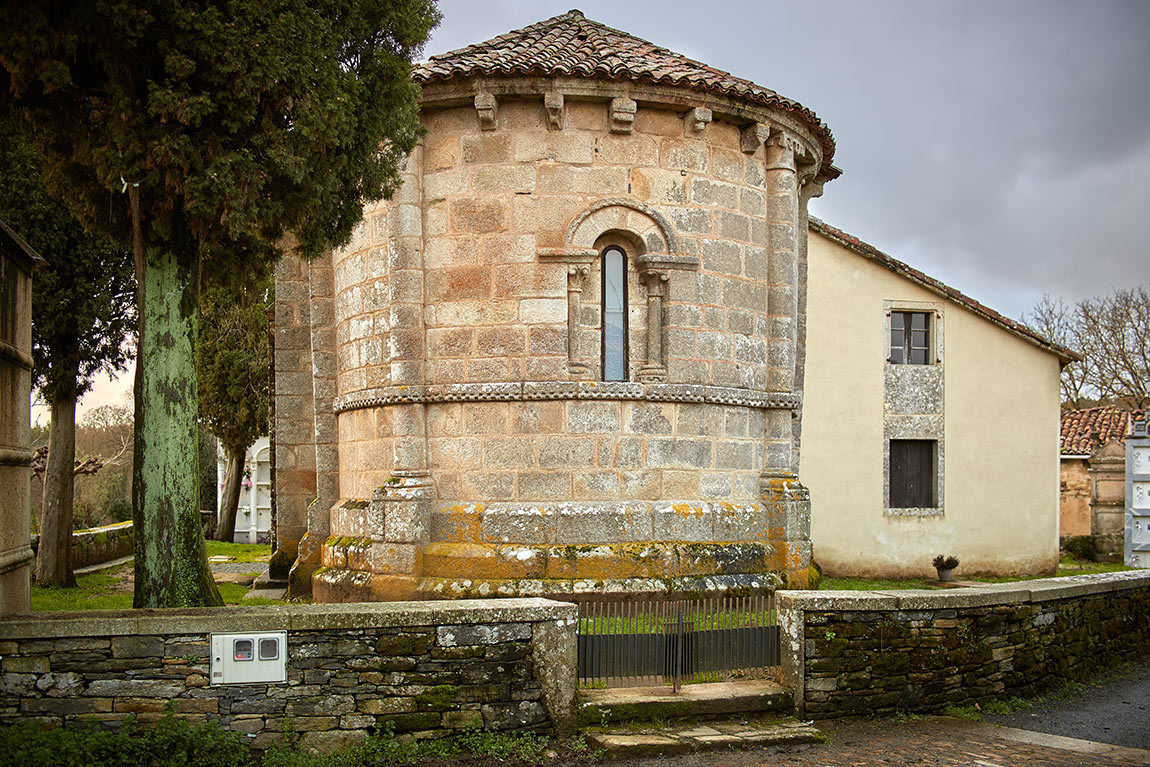 The triumphal arch is round, canted and dubbed-type. It is hold on two semi-columns of plain shafts, sustained by two attic bases which represent claw-type heads. The capital on the left is decorated with plant motifs. The capital on the right is figurative and it represents a man between two monstruous figures with their gullets open: the one on the right depicts a lion (four-footed animal with curly mane and a long tale rolled up around its body), whilst the one on the left has horns, fur suggested by curt figures, and it is stood on its hind legs. Both figures hold a man round his waist with a claw. The whole image would be the symbolic representation of Man against Evil.

The occidental façade is trumpet-shaped, with three pairs of columns, which hold other three semicircular archvolts. Four of the six capitals have decoration depicting plants, and the other two, placed on the left side, have figurative decoration. The correspondent main archvolt represents a snake rolled-up on itself attacking a four-footed animal, which could represent the fight between a lion and a basilisk, image that in the Medieval iconography symbolizes the struggle between Jesus and Satan. The central capital shows two long-beaked birds with their heads turned towards their respective bodies.

The three right capitals have imagery depicting plants and each of them represents a type of leaf. The main archvolt shows a composition or organization which makes it unique in the whole province of A Coruña: the back as well as the intrados are decorated by means of panels, and most of them have geometrical motifs: crosses semicircles, waves and circles.

In its interior, it is preserved Romanesque bars, which enclousures the triumphal arch of the church. The function of the latter was protecting sacred and valuable objects. Other important element of this church is its Romanesque altar, placed on the main altar. It is one of the few Galician Romanesque altars which have remained until the present day.

The church also has a Gothic image of the so called 'Virgen de las Nieves'.