The region of Terra de Melide is composed by Melide, Toques and Santiso.

Toques council has one of the first Romanesque churches in Galicia: St. Antolín of Toques. In its interior, we can see a sculptural ensemble in polychrome wood dated from the 13th century. It is called Calvary of Toques, the oldest one in Galicia.

Santiso is characterized not only by its country houses and Romanesque churches, but also for its water. Its orography is drawn by Portodemouros Reservoir. It must be pointed out the ferry that provides a service there and that takes cars and people from one shore of the river to the other, balonging to Santiso and Vila de Cruces councils, and for free.

Medieval Pambre Castle is placed on the village of the same name (in the council of Palas de Rei) is 7 kilometres far from the centre of the capital of Melide. This castle is one of the few that was not destroyed during the Irmandiña revolt. 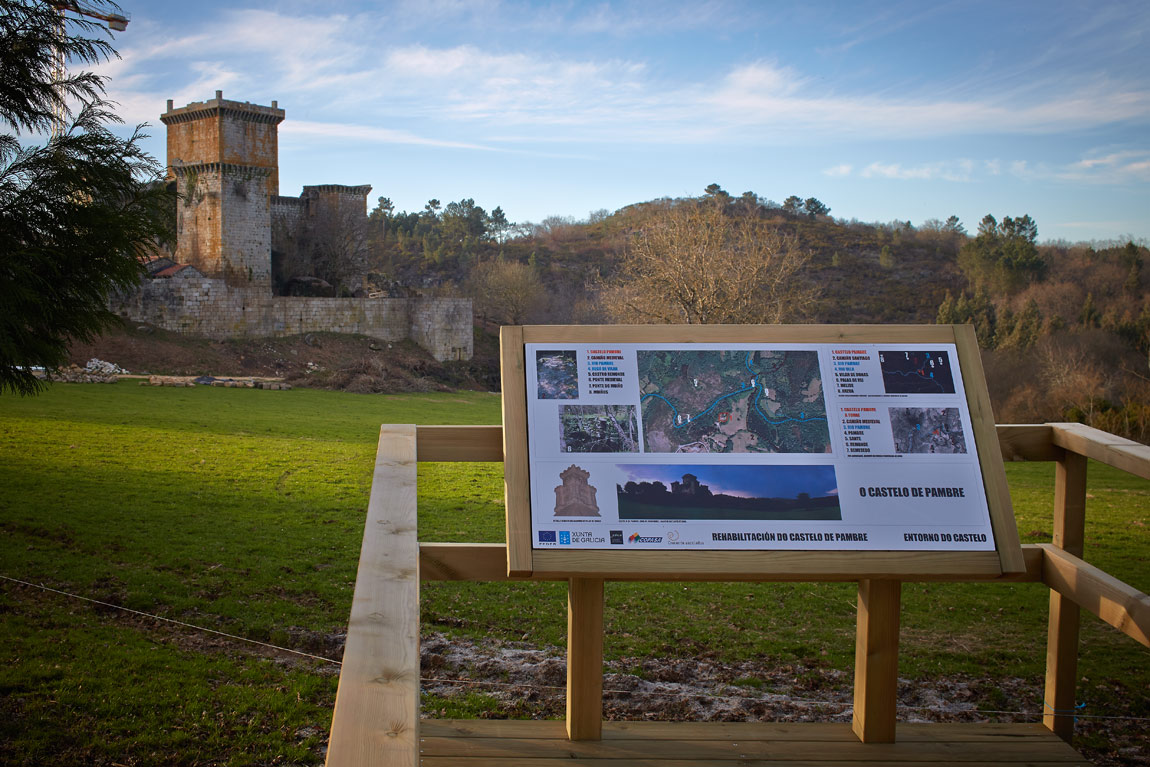