West of the square do Convent Baroque manor, with its chapel of the Pious Society of St. Anton, founded in 1671 by the Archbishop of origin melidense D. Mateo Segade Bugueiro in a house and land has been family owned. You will also be known as the Collegiate Church, as originally had an educational purpose, and in the nineteenth century as a manor of Marquis de Corvera . Since 1960 it is the city council.
The ground floor was aimed at the stables , warehouses and other facilities , and high to classrooms and homes . Today only the facade of the building structure is preserved, and its interior was destroyed, lost ancient stone stairway, the layout of the courtyard, a cloister and other agencies to adapt it to new use.

The cover design of the chapel, Baroque style, is attributed to Domingo de Andrade , the most prestigious Galician architect of the time. It consists of pilasters, capitals and plans supporting a lintel voussoirs pediment. The tympanum coat of arms stands founder Archbishop. The floor of the chapel is rectangular nave covered with a barrel. The first segment is partially covered by the wooden platform. In the first steps of the ladder have a slender column coa capital base e characteristic of the Middle Ages, which can be considered an example of archaism or a piece from another medieval building. 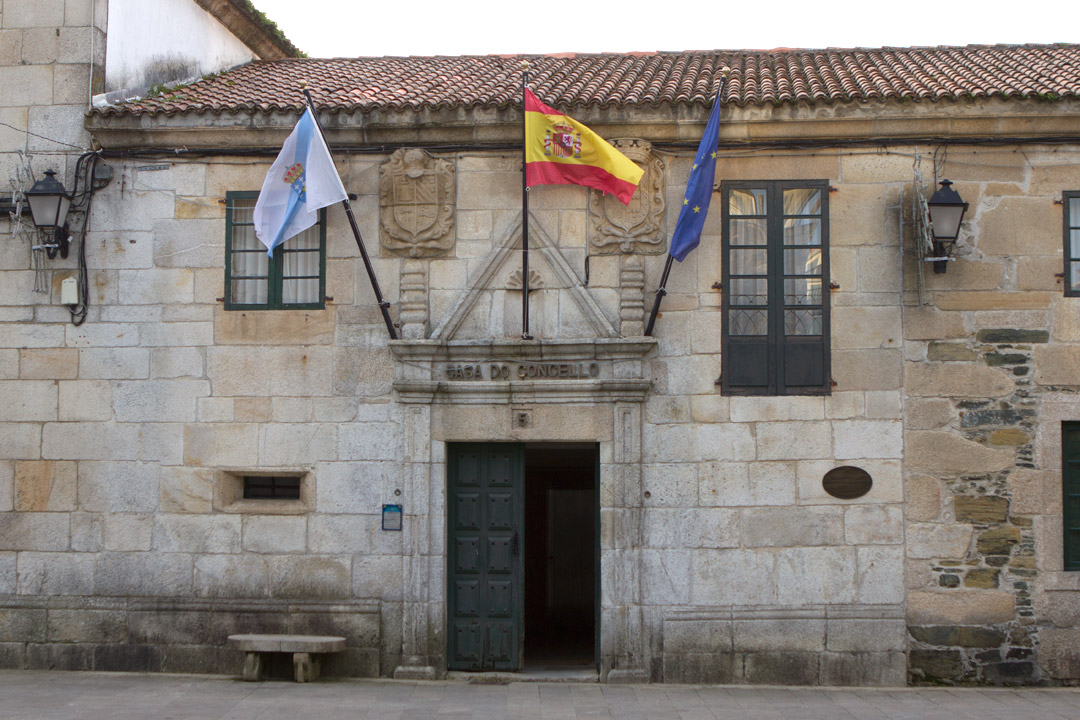