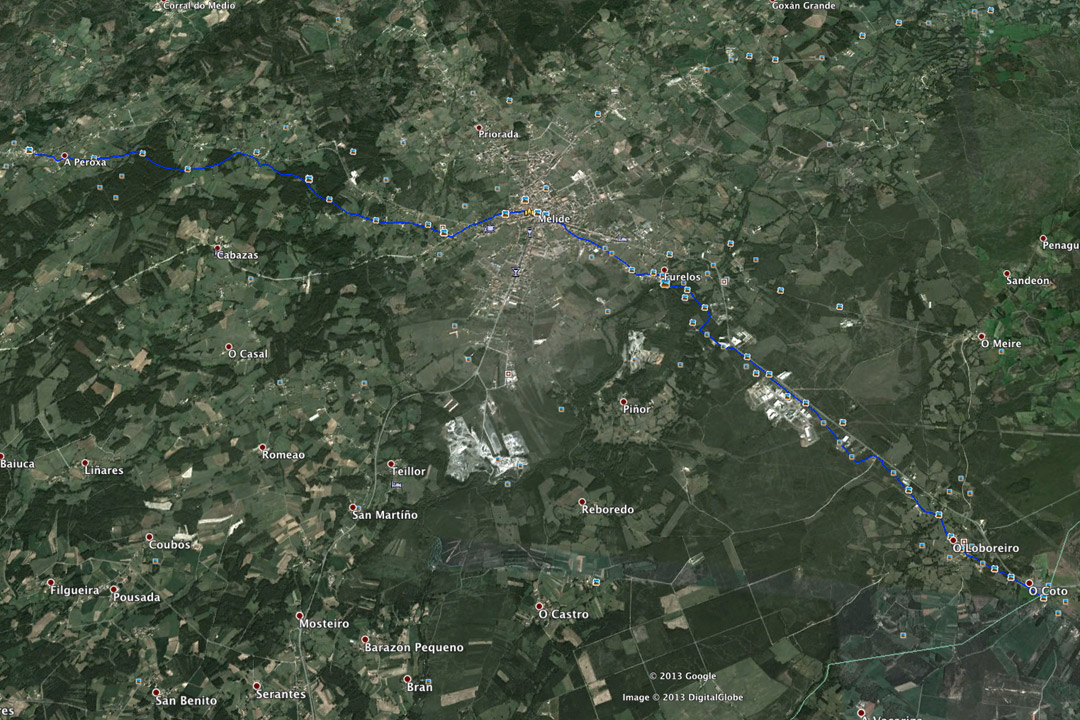 The French Way enters the City of Melide by the town of O Coto from which descends to the village of Leboreiro that old hospital had documented and pilgrims in the twelfth century. Stresses Gothic church with Renaissance painting . We will follow through Leboreiro for its medieval bridge over the Rio Seco and soon turn into the long straight A Madanela where today is located the industrial estate Melide .
Follow the Road Pilgrim Path where the past and find a monument polygon with the Cross of Santiago. At this point we have a source of fresh water.
We get down to the Roman Bridge Furelos River, one of the iconic bridges Way of St. James where we cross to the village of Furelos . Worth looking into whether church to admire the religious imagery , highlighted by unusual, his Christ crucified for one hand.
Furelos leave the Path of the Pilgrim to approach and to Melide where the smell of fresh octopus reminds us that we are where possibly the best octopus in the world is made.
In Melide have all the services that we can claim to relieve our tired feet and rest to successfully tackle the last stage of the Way of St. James.
Accommodation , food, entertainment , culture, shopping, entertainment or rest. We choose among the wide range of possibilities offered by the Village of Melide , who was able to defeat the French.
Now rested, descend to where Furelos melillense jewel heritage is the Church of St. Mary of Furelos . Declared National Heritage paintings dating from the first half of the sixteenth century.
We arrived to Way and San Vicenzo of Vitiriz where before leaving behind land Melide is good stop along the road to contemplate his Romanesque church with a unique rosette stone at the front door and beat Agnus Dei on top apse.